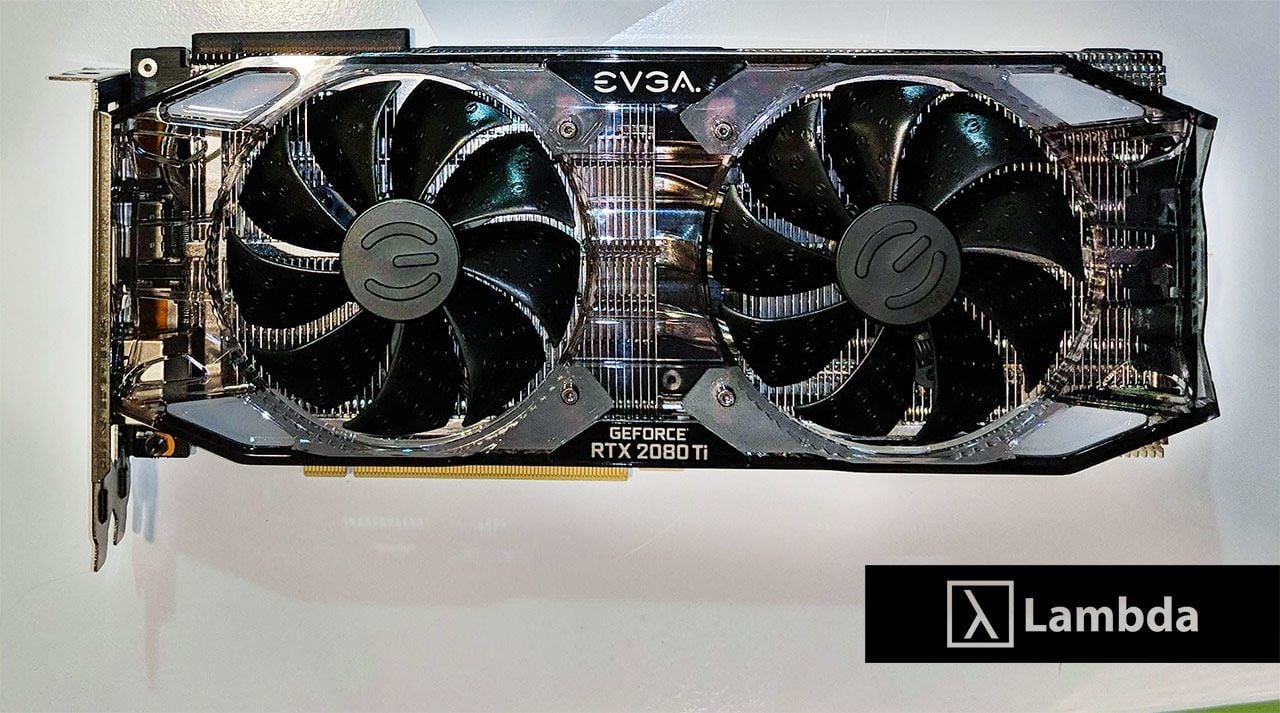 In this post, Lambda discusses the RTX 2080 Ti's Deep Learning performance compared with other GPUs. We use the RTX 2080 Ti to train ResNet-50, ResNet-152, Inception v3, Inception v4, VGG-16, AlexNet, and SSD300. We measure # of images processed per second while training each network.

as measured by the # images processed per second during training.

as measured by the # images processed per second during training.

For each GPU type (RTX 2080 Ti, RTX 2080, etc.) we measured performance while training with 1, 2, 4, and 8 GPUs on each neural networks and then averaged the results. The chart below provides guidance as to how each GPU scales during multi-GPU training of neural networks in FP32. The RTX 2080 Ti scales as follows:

Using FP16 can reduce training times and enable larger batch sizes/models without significantly impacting the accuracy of the trained model. Compared with FP32, FP16 training on the RTX 2080 Ti is...

as measured by the # of images processed per second during training. This gives an average speed-up of +44.6%.

Caveat emptor: If you're new to machine learning or simply testing code, we recommend using FP32. Lowering precision to FP16 may interfere with convergence.

Run Our Benchmarks On Your Own Machine

Our benchmarking code is on github. We'd love it if you shared the results with us by emailing s@lambdalabs.com or tweeting @LambdaAPI. 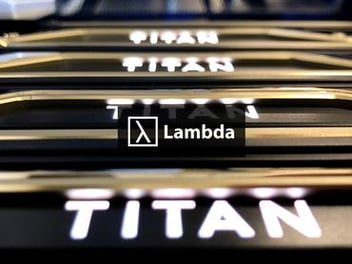 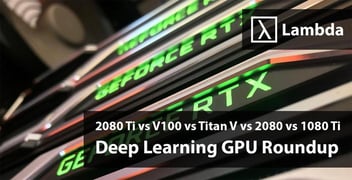 At Lambda, we're often asked "what's the best GPU for deep learning?" In this post and accompanying...