While waiting for NVIDIA's next-generation consumer and professional GPUs, we decided to write a blog about the best GPU for Deep Learning currently available, as of March 2022. 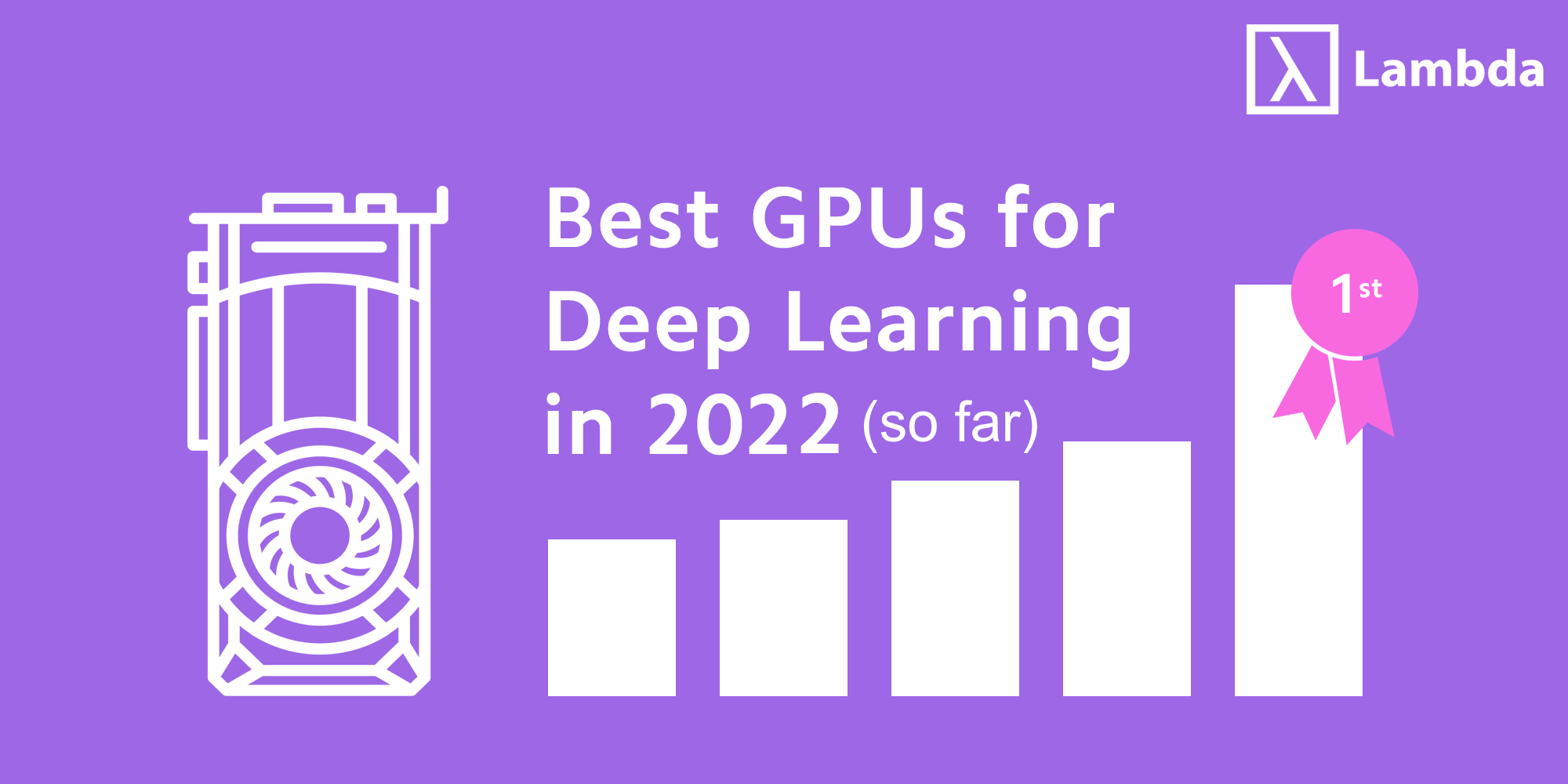 While waiting for NVIDIA's next-generation consumer and professional GPUs, we decided to write a blog about the best GPU for Deep Learning currently available as of March 2022. For readers who use pre-Ampere generation GPUs and are considering an upgrade, these are what you need to know:

The above claims are based on our benchmark for a wide range of GPUs across different Deep Learning applications. Without further ado, let's dive into the numbers.

Ampere or not Ampere

First, we compare Ampere and pre-Ampere GPUs in the context of single GPU training. We hand picked a few image and language models and focus on three metrics:

We give detailed numbers for some GPUs that are popular choices we've seen from the Deep Learning community. We include both the current Ampere generation ( A100, A6000, and 3090) and the previous Turing/Volta generation (Quadro RTX 8000, Titan RTX, RTX 2080Ti, V100) for readers who are interested in comparing their performance and considering an upgrade in the near future. We also include the 3080 Max-Q since it is one of the most powerful mobile GPUs currently available.

No surprise, the maximum batch size is closely correlated with GPU memory size. A100 80GB has the largest GPU memory on the current market, while A6000 (48GB) and 3090 (24GB) match their Turing generation predecessor RTX 8000 and Titan RTX. The 3080 Max-Q has a massive 16GB of ram, making it a safe choice of running inference for most mainstream DL models. Released three and half years ago, RTX 2080Ti (11GB) could cope with the state-of-the-art image models at the time but is now falling behind. This is especially the case for someone who works on large image models or language models (can't fit a single training example for TransformerXL Large in either FP32 or FP16 precision).

We also see a roughly 2x of maximum batch size when switching the training precision from FP32/TF32 to FP16.

Throughput is impacted by both GPU cores, GPU memory, and memory bandwidth. Imagine you are in a restaurant: memory bandwidth decides how fast food is brought to your table, memory size is your table size, GPU cores decide how fast you can eat. The amount of food consumed in a fixed amount of time (training/inference throughput) could be blocked by any one of or multiple of these three factors. But most likely, how fast you can eat (the cores).

For image models (ResNet50 and SSD):

Throughput per dollar is somewhat an over-simplified estimation of how cost-effective a GPU is since it does not include the cost of operating (time and electricity) the GPU. Frankly speaking, we didn't know what to expect, but when we tested, we found two interesting trends:

You can find "Throughput per Watt" from our benchmark website. Take these metrics as a grain of salt since the value of time/watt can be entirely subjective (how complicated is your problem? how tolerant are you to time/electricity bills). Nonetheless, for users who demand fast R&D iterations, upgrading to Ampere GPUs seems to be a very worthwhile investment, as you will save lots of time in the long term.

We also tested the scalability of these GPUs with multi-GPU training jobs. We observed nearly perfect linear scale for A100 80GB SXM4 (blue line), thanks to the fast device-to-device communication of NVSwitch. Other server-grade GPUs, including A6000, V100, and RTX 8000, all scored high scaling factors. For example, A6000 delivered 7.7x and 7.8x performance with 8x GPUs in TF32 and FP16, respectively.

We didn't include them in this graph, but the scaling factors for Geforce cards are significantly worse. For example, 3090 delivered only about 5x more throughput with 8x GPUs. This is mainly due to the fact that GPUDirect Peering is disabled on the latest generations of Geforce cards so communication between GPUs (to gather the gradients) must go through CPUs, which leads to severe bottlenecks as the number of GPUs increases.

We observed that4x Geforce GPUs could give a 2.5x-3x speed up, depending on the hardware setting and the problem at hand. And it appears to be inefficient to go beyond 4x GPUs with Geforce cards.

The above analysis used a few hand-picked image & language models to compare popular choices of GPUs for Deep Learning. You can find more comprehensive comparisons from our benchmark website. The following two figures give a high-level summary of our studies on the relative performance of a wider range of GPUs across a more extensive set of models:

The models used in the above studies include:

So, which GPUs to choose if you need an upgrade in early 2022 for Deep Learning? We feel there are two yes/no questions that help you choose between A100, A6000, and 3090. These three together probably cover most of the use cases in training Deep Learning models:

Of course, options such as A40, A5000, 3080, and A4000 may be your best choice when combining performance with other factors such as budget, form factor,  power consumption, thermal, and availability.

For example, power consumption and thermals can be an issue when you use multiple of 3090s (360 watts) or 3080s (350 watts) in a workstation chassis, and we recommend no more than three of these cards for workstations. In contrast, although A5000 (also 24GB) is up to 20% slower than 3090, it consumes much less power (only 230 watts) and offers better thermal performance, which allows you to create a higher performance system with four cards.

Still having problem identifying the best GPU for your needs? Feel free to start a conversation with our engineers for recommendations.

We have seen groundbreaking progress in machine learning over the last couple of years. At the same... 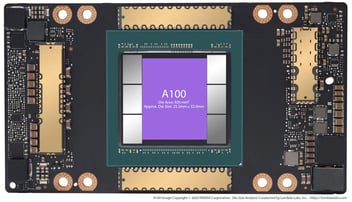 Lambda customers are starting to ask about the new NVIDIA A100 GPU and our Hyperplane A100 server....